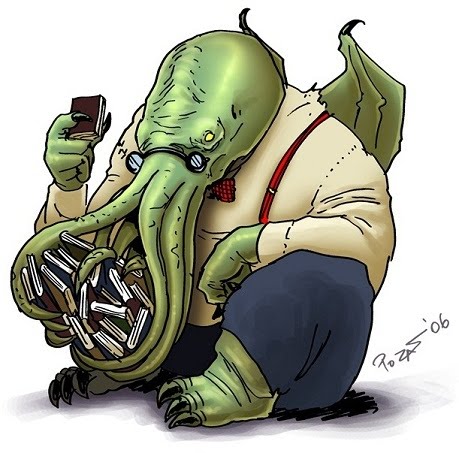 I wish I could be in London next month...

I'm not gay, but I am certainly gay friendly. If this gets pulled off, it'll be a sight to see. I wish them all the best, and hope they get a huge turnout.
Posted by Unknown at 8:26 PM 1 comment:

I found this short film/music video this afternoon, courtesy of Grinding, which is a blog project started earlier this month by comic writer Warren Ellis, which he promptly turned over to others for the content. All I can say about this video is that is really freaky, and if you don't like watching uncomfortable images, you might not want to watch it. Nothing really bad, or nasty, just disturbing.

The music is by ambient composer and dj Apex Twin. Thats some bizarre stuff, eh?
Posted by Unknown at 7:49 PM No comments:

The Savage Sword of Conan Returns!

Dark Horse Comics has just put out the first volume of reprints of The Savage Sword of Conan. In the mid 1970s, Conan The Barbarian was one of Marvel Comics top selling comics, and they launched a second title, The Savage Sword of Conan, which was a magazine size comic in black and white, featuring artwork and stories from some of the top names in comics: Roy Thomas, Barry Windsor-Smith, John Buscema, Jim Starlin, Walter Simonson, and more. The stories tended to me more "adult" in that they were more violent and showed nudity, but at their core, they were just great sword & sorcery stories (frequently adapted from Robert E. Howard's original stories) in a graphic format.

When I was little, my older cousin had all the "adult" comics I was not supposed to read: Heavy Metal, Tales of the Zombie, Tomb of Dracula, Rampaging Hulk, Creepy, Eerie, and Savage Sword of Conan. I'd always sneak peaks at them when I could. Once I was old enough to buy them, the only ones that were still being published (or were sold where I could find them) were Heavy Metal and Savage Sword of Conan. I got hooked on Savage Sword somewhere in the mid 1980s, around issue 128 or so. While the magazine cost twice as much as a regular comic and was black & white (at the time I was reading the comics for fun, and color seemed "better"), it was one of my favorites. It was big (both page size and overall length) and always had several stories in each issue. The art was usually very well done, and a benefit of the b&w was that the pencils and inks were able to really show fine detail that color comics would lose in the coloring process. The covers were always great painted pieces featuring Conan doing what Conan did best-fighting monsters, jumping with his sword held high, saving the beautiful woman wearing little clothing from a giant ape, chopping off the head of a bandit, and so on. Big exciting action pieces were the norm, just like the stories.

What I've Been Listening To This Week

Work has been quite overwhelming the past few days, and I've been putting in 10-11 hour days. It's easier for me to get some of the prep work that I need to do after the majority of the library staff go home at 5pm, so from 5-7pm I've been cranking up some music and opening computer boxes, configuring new computers, copying files, etc. without any phone calls or emails summoning me to various offices around the building to fix stuff.

So, what have I been cuing up in iTunes while I'm tearing apart boxes and generally making a mess of my office? This week, the album (am I old fashioned to still refer to them as albums?) that I've been playing up more often than not has been The Dresden Dolls self titled album from 2004.

I first heard of the Dresden Dolls from Ethernaut when he told me he had gone to see them a while ago. A few months later I spotted the CD in the library's new CD selections, and checked it out. I listened a couple times, but it didn't do a whole lot for me at first, probably because I was usually just playing background music while I worked on stuff at my desk, and not really paying attention to the music.

This week, for some reason, I decided to play the album again as I was unpacking laptops, a relatively mindless task which allowed me to really pay attention to the music. And I loved it. It's a unique mix of rock and cabaret music that is unlike anything else I've heard in a LONG time. The song "Coin Operated Boy" is one that struck me and I had to listen to it several times. I'm not sure what it is that I like-maybe it's the vaguely upbeat and carefree piano and drums mixed with lyrics that at first sound silly, but upon closer listening are rather dark and sexual.

I chose this live performance to show in place of the bands music video, it is quite close to the album performance with a few little lyric changes. I don't really like the "real" music video, it sort of takes the darkness and despair out of the song and reduces it to a silly little song with it's visuals. If you want to see the video, it's here.

That's what I'm listening to this week.
Posted by Unknown at 9:47 PM No comments:

What if Star Wars Episode 1 was an RPG campaign? This makes The Phantom Menace so much more enjoyable... :-)

And if you like that, check out The DM of the Rings, which was the inspiration for it.
Posted by Unknown at 8:13 PM 1 comment: